In the second installment of our ongoing series, meet the architects of America’s failed drug war.

America’s War on Drugs was not the result of one person’s actions. However, if scholars were forced to pick but a single name to blame, Harry J. Anslinger would make for a prime candidate.

If you missed the first part of our ongoing series, click here to read about the history of cannabis from its ancient roots in Central Asia to its role as an ingredient in medicinal remedies sold legally across the U.S. until the 1930s. By no coincidence, it was 1929 when Anslinger took a role with the Treasury Department’s Bureau of Prohibition.

The following year, thanks in part to scandal and corruption tied mostly to the (then-illegal) trade of alcohol in the U.S., Anslinger was appointed to serve as the founding commissioner of the Federal Bureau of Narcotics (FBN). A precursor to the eventual formation of the Drug Enforcement Agency (DEA), the FBN was also overseen by the Treasury Department.

For this reason, at its onset, the FBN’s mission was not initially one fueled by any “Reefer Madness” era panic over the supposed horrors of cannabis consumption. Instead, the goal of the FBN was chiefly to help the federal government avoid losses on potential untaxed revenue. Under the rule of Anslinger, however, America’s focus and response to drug use was about to change drastically.

For 32 years, Anslinger operated as one of the chief architects responsible for the blueprints that would become the War on Drugs. When he finally stepped down, in 1962, it would then take another 34 years before the landmark success of California’s Prop 215 brought with it the beginning of a medical marijuana revolution.

THE DAWNING OF PROHIBITION

Harry J. Anslinger was a morally repugnant, racist human being. To be clear: this is not a matter of opinion but rather one of documented fact.

Direct quotes of his from throughout his tenure in office include such assertions as “reefer makes darkies think they’re as good as white men” and a stated belief that “the primary reason to outlaw marijuana is its effect on the degenerate races.” Sadly, these are just a few of the many examples of the hateful, ignorant rhetoric Anslinger relied on to enact a series of increasingly severe new drug laws in the U.S.

While appearing before Congress to promote the 1937 Marijuana Tax Act, for instance, Anslinger cited murder cases that had demonstrably not been caused by cannabis as part of his plea for support for the legislation, which essentially attempted to outlaw cannabis and hemp by making the taxation rates excessively high. One thing Anslinger decided not to mention? A letter he’d received from the American Medical Association voicing strenuous objection to his desire to outlaw cannabis.

Instead of listening to science, Anslinger spent his time targeting outspoken jazz musicians and union leaders. The next major step in his plan came with the Boggs Act of 1951, which introduced the concepts of mandatory sentences for drug crimes. By the time Anslinger finally retired, in 1962, he’d served under five presidents and firmly established the trajectory of where America’s drug policy was headed next. THE WAR ON DRUGS

In 1970, everything changed again when President Richard Nixon signed the Controlled Substances Act into law.

This pivotal piece of legislation, still the law of the land today, categorizes drugs under one of five schedule classifications. Schedule I is the most restricted category, reserved for substances defined, in part, as having little or no accepted medical value. And yet, when the Controlled Substances Act took effect, marijuana was designated as Schedule I —where it remains over fifty years later.

Not taken into consideration, it seems, was any available scientific data to the contrary, including a seminal 1944 report from New York Academy of Medicine that would ultimately become but “the first in a long line of official bodies to question the prohibition.” Despite the steady cries of the medical and scientific communities, the appeal of drugs as a valid pretext for persecuting protestors of the Vietnam War and Black Americans was confirmed by Nixon’s former domestic policy chief, John Ehrlichman, in a 1994 interview:

“We knew we couldn’t make it illegal to be either against the war or black,” Erlichman acknowledged, “but by getting the public to associate the hippies with marijuana and blacks with heroin, and then criminalizing both heavily, we could disrupt those communities. We could arrest their leaders, raid their homes, break up their meetings, and vilify them night after night on the evening news. Did we know we were lying about the drugs? Of course, we did.”

The 1980s saw the rise of President Ronald Regan and his wife, Nancy, as prominent new leaders in the anti-drug crusade.

Together, they loudly decried drug use and drug crimes as pivotal issues plaguing American society. Nancy Regan famously made the rounds with her “Just Say No” PSA campaign, while her husband contributed to the success of the Anti-Drug Abuse Act of 1986, which became a lynchpin for a massive rise in incarceration rates across the country. Just how drastic of a rise are we talking about? In 1980, the number of people incarcerated for a nonviolent drug offense was 50,000. By 1997, that number had grown to 400,000.

The story of these final decades of prohibiton is markedly bleak and largely devoid of compassionate figures. The vicious cycle of cannabis being illegal made any efforts to prove its medical value massively difficult, which, in turn, allowed many harmful myths about the plant to take root and flower in the minds of everyday Americans.

But at the same time, these dark days would also give rise to a medical marijuana revolution in California that would change everything yet again. Risking their freedom — and, in some cases, their lives — it was acts of compassion that set the stage for the legal era of cannabis to begin.

More on that in the next installment of our series A History of Weed, Part III: The Age of Medical Marijuana. 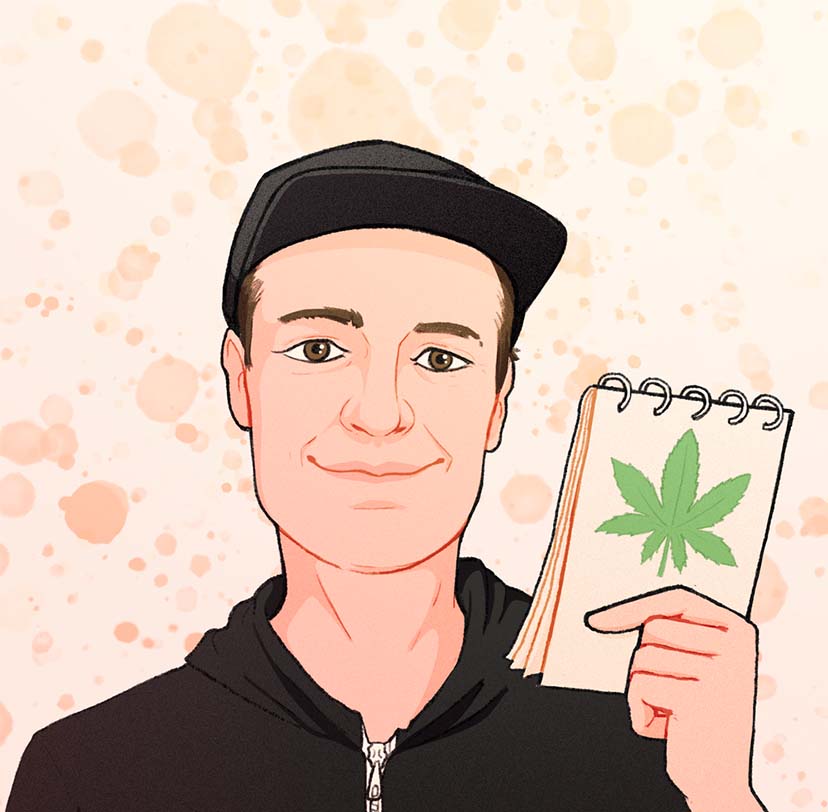